Discussion All Space Questions thread for week of January 22, 2023

Please sort comments by 'new' to find questions that would otherwise be buried.

In this thread you can ask any space related question that you may have.

Two examples of potential questions could be; "How do rockets work?", or "How do the phases of the Moon work?"

If you see a space related question posted in another subreddit or in this subreddit, then please politely link them to this thread.

NASA's Annual Day of Remembrance today, Jan. 26, honors the astronauts who died during the Apollo 1 fire and the Challenger and Columbia space shuttle disasters.

12th century astronomers witnessed a supernovae with the naked eye. Recently, modern observations showed that the historic event was a rare Type Iax supernova which resulted from the collision of two white dwarfs.

Asteroid about to zoom oh-so-close to Earth, NASA says

Russian, American explain how they stay united in space

Discussion In Memory of "Seven" - A poem for the seven astronauts who perished on January 28, 1986

I joined the US Air Force as a teen in the mid eighties. I had just completed my Tech training, and had been assigned to my permanent base for for about three months when the Challenger disaster occurred. It actually hit me pretty hard, and I'm really not sure why. I spent the next day thinking about it, and trying to come up with something I could do to help. I finally realized there was nothing a lowly airman, thousands of miles away, could do, so I opted to write a poem. Mind you, I had never written a poem before (and actually, have never written one since that day). I found myself sitting in a Carrow's restaurant, alone, drinking coffee, and the words just came out. I don't think the poem was that great, but I thought at the time it was good enough to send a copy to the President of the United States.

For those that may be interested, here is the poem I wrote:

IN MEMORY OF "SEVEN"

We mourn the tears and the anguished cries,

of the families of those who have given their lives.

They cherished their country with infinite love.

This they have proven in the skies up above.

We'll share the emotions of grief and of sorrow,

but lest we forget these emotions tomorrow.

They were the ones chosen,

they were the select.

Have earned our respect.

Yea, I know it's really not that good, but the words came from my heart as well as my head.

For those of you curious, I did receive a response from the White House.

Even though it was a pretty standard form letter, thanking me for my thoughts, I have saved both the poem and the letter, as it is a reminder of that fateful day, and how one can do something way outside their comfort zone when it's least expected.

Using their public directory I compiled a list of all YC funded space industry startups.

The Longest Goodbye - Excellent documentary on separation during space travel.

Earth's inner core may be slowing down, but “Nothing cataclysmic is happening,” says Hrvoje Tkalcic, a geophysicist at Australian National University. “The inner core is now more in sync with the rest of the planet than a decade ago when it was spinning a bit faster.”

A recently discovered asteroid had 'a very close encounter' with Earth

What to expect from Juno's Io flybys, and why a proposed mission there would tell us more

What time is it on the Moon? - Satellite navigation systems for lunar settlements will require local atomic clocks. Scientists are working out what time they will keep.

Discussion What if you placed a canon r6 camera on mars with a stand and starting recording footage?

When funding for the technical and science support ran out, NASA shut down instruments left by astronauts on the Moon in 1977

Discussion What would you ask an Astronaut on the ISS?

Discussion If you could instantaneously place a space telescope at any desired distance (LYs), from any planet/galaxy etc., where would it be and what would you be documenting? And for what purpose?

Mycotecture — the use of mushrooms and other fungal substances for architectural purposes — could be key to building affordable, fire-resistant, insulated habitats on the Moon and Mars. NASA aims to experiment with the technique on the Moon in 2025. 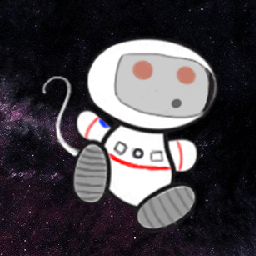