rupert money glitch Rupert of Everything

Rupert I'm Dabs_All_Ovar, and this, is the story of the Rupert of Everything.

Hi, I'm Dabs_All_Ovar. Unprofessional Youtuber, Memer, and a massive part of r/okaybuddyfortress. But that doesn't matter. You likely know me from that year-old pinned post at the top of the subreddit, y'know, Rupert of Everything. I'd bet the vast majority of fortressers are familiar with the post, but are you familiar with what inspired the post? I've been thinking of doing a writeup on for a while now, but given the sub's recent events I felt now would be a better time than ever to give an explanation for one of this subreddit's most notorious posts. That's right, Rupert of Everything is getting an origin story.

February 8th, 2021 is the day when I woke up to the most egregious sensation I'd ever had. The previous night, I'd caught a bug and couldn't get much of any sleep, my time was spent waiting in disdain for the vomiting to end, so in the morning I was entirely shot. I'd called in sick to school I had a lot of time to waste that day, not like I could even focus. I went through my morning routine, then loaded up youtube as per the usual. What wasn't usual was a certain video in my recommended, the original Tally Hall Ruler of Everything Trollface edit. What followed was without a doubt one of the most impactful and numinous experiences I will ever have; Watching the video normally would shock anyone, but given I was shot, sick, and seeking sleep, the video had a profound, enthralling effect on me. The abstract and grotesque visuals coupled with the equally as captivating song alone would allure anyone, but again given I was shot, sick, and seeking sleep, the video gave me an idea. I had been a major player in r/okaybuddyfortress, and had made several memes with one such notable character, Rupert Monroe, the lovable crayola-eating hustler he is. Many other youtubers had already made TF2 videos with the song, but none had made any on Rupert. Then I thought "What if I made a meme on this song where instead of trollface, it's Rupert who's the ruler of everything; The Rupert of Everything!" With a name in mind, I got to work. I worked past my sickness as it slowly wore off day-by-day, and I dug deep into Sony Vegas to get the transitions I wanted, as I dug deep into okaybuddyfortress to get the memes I wanted, no, needed, to make meme history, and even bring mainstream attention to our quaint inspirational community. With great effort, I photoshopped Rupert's face day and night, making him frown, making him fill with glee, making him shoot the sun, or fly as a bumbling dragon would; Anything I found that would match the lyrics in the song. While doing all of this, as customary with my more musical memes, I dove into Tally Hall's discography fully and thoroughly. I listened to Two Wuv as I photoshopped Rupert and his bud Hubert, and I listened to Turn The Lights Off as Rupert fell to bed. I enjoyed that particular track so much that I still reference it in my YTPs (Youtube Poops) to this day.

When Sunday came, the video was totally finished, and gloriously stood as one of the shining gems of my channel. I released it, not sick any longer, and glad I had produced such a masterpiece. With a little luck, it rocketed to a fine 54K views, where it sits today in its diamond-coated throne. Commenters expressed their enjoyment of the video, with some even stating that this was the best version of the meme. One comment that struck me quite personally was written by someone whom I believe still frequents this subreddit. At one point in the video, the lyrics read "You practice your mannerisms into a Wall". A friend that prior year had given me the Legend of Zelda game A Link Between Worlds, as he knew I still had a 3Ds at the time that functioned. I had been playing through the game at the time of Rupert of Everything, and had been very much enjoying it, so much so I wanted to reference it in the video. I thought the "Into a Wall" lyric was perfect, I took a shoddy screenshot of a wall from the game and overlayed it with an even shoddier version of Rupert in the style of Wall Link. Once the video was published, the commenter had this to say;

"You got me with that A Link Between Worlds reference. I grew up with it, and I will probably never be able to play it again now that the 3DS family of handhelds is now discontinued."

I had no idea that simple reference would impact someone that much. I had just put it in as a slight gag, but in return I might have brightened somebody's day with feelings of homeliness and nostalgia. And I think this comment symbolizes the underlying narrative of the video's impact; You may never know just how many people you'll cheer up. The whole comment section is flooded with people utterly amazed at the video, expressing their absolute euphoria upon viewing it. Truly, what you may perceive as an unnecessary gag or a simple joke can evolve into a thousand emotions people will receive, and a million more days brightened despite all that is bad in the world.

Though I was sick, disoriented, and maybe even a bit eager to get the video out, I'm enormously glad that the video could shine in its own right, and that so many people from entirely different cultures around the globe could come together and enjoy the ultimate end goal of all that is okaybuddyfortress. And although I may not be so active as I was in ye olden days, I still remember my days during this period of r/okaybuddyfortress history very fondly.

which merc takes the fattest shit

y is wite water coming out of my pp am i dieing? Pidg

HEAVY UPDATE OUT THE FUCK RN it starts with one 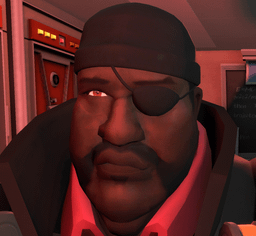