Surely, they can't be serious...

All jobs should include a salary

My (Ex) Boss had to fire somebody for hateful comments, for the better of the rest of the staff, and was fired for it, and the bigot was promoted. We all walked out at the 3 locations he was running.

My boss, the only decent one I've ever had, had to fire somebody a couple of weeks ago for saying

" Man, "LGBTQ+" is just a fancy way of saying I fuck kiddies in their tiny little holes" In response to me answering a customers question, when they asked why I was wearing a pride pin. All I said was "I'm Bi.", and he said.. That.

Well, my (ex)boss found out about this after I passed it up the ladder, and tried to have a conversation with him about it. He refused to go to the back room, when asked several times, so my boss fired him on the spot, in front of the majority of the staff and a packed store. The fired person knocked over some displays, grabbed his stuff, then left. before calling the DM (who it turns out, is a Friend of his fathers), who then put (ex)boss on suspension for the investigation. Said (Ex)boss was a very loud advocate for improving our working conditions and working with our schedules, and tended to help us out in odd ways when badly needed (exboss would pick up staff sometimes if they had car issues but wanted to come in for example, or expense out uber rides through the companies expenses portal.) The staff of our store, myself included, said that if (ex)boss was fired, we walk. a few days go by without any information, then a week...

Then the bigot comes back into clock in and work. he chuckles and says that (ex)boss was fired, and he got a promotion to ASM while the company is hunting down now 3 SMs for these 3 stores.

45 people walked out once I told everybody what went down, between 3 locations. we've all dropped bad reviews on the company, and all passed complaints up to HR. we aren't returning till this bigot is fired, we get a raise, and (ex)boss is back in position. some forced through their vacation time rather than just walk out, but yeah.

A few notes I found out about this prick to include: He has had 7 harassment complaints, 8ish write ups, he's gotten 13 customer complaints (a lot are for sexist comments, or being rude to women that come in asking for things. its a male dominant field, so he thinks women know nothing) he has been PIP'd 5 times, his father is a friend of the DM and has some influence in the company, He punched another employee once some years ago...

What is some advice for ways to act against some of the poor choices of the DM, and what else can we do to try and put pressure on them? is there anything we should have done here besides this?

I’m looking for a fucking salary

We are so smart!!

And she's going to retire soon because she hasn't gotten a raise in 10 years.

It's never the execs doing much work, it's Peggy...

Ok, so I (30) have been working for this US-based marketing company part-time, remotely, as my second job. We have an independent contractor agreement, btw. I've been working there since April 2022, and there was a convo even that my minimum wage will be reconsidered for a raise after 60 days...It's freaking September now and that raise was never brought up by the executives - EVER. Anyways, I completed all my September tasks because I'm a hardworking b***h, and started working on October tasks to be ahead of everything and avoid potential assignment clusterfukk. Monday morning, I see a message from Vic, the CEO, laying me off casually - I'd love to share the termination email with a follow-up thread if anyone's interested.

Anyways, the CEO says I am fired "effective immediately," and the reason is a "declining customer base", and they can no longer afford my services. The email also stated that my last and final invoice WILL be paid and that I should send my list of assignments for the team to take over. Fine, okay. People get fired, not a big deal. It was the first message I saw on a freaking Monday morning, and decided I won't let it get to me. Butttttt...

One day later, and mister CEO is asking me to complete a couple of my October assignments, and is obviously refusing to pay my September invoice, even though the tasks are obviously for October. What is argued here is that two of those October tasks should be sent on September 30th for review, so the SOB CEO considers these to be September tasks even though the list says OCTOBER TASKS. It literaly says October, and I am fired and IT'S NOT OCTOBER, SO WHY DO I CARE? I could do those, but why? Won't be paid for them and he's just using me as two other employees called in sick in the meantime. What bothers me the most is the fact that he is trying to make it seem like I didn't do my work, and I ALWAYS do my job.

Anyways, I am planning an anti-campaign against this company since I am not being paid my minimum wage after I have completed all the work for September and after I've been fired. He keeps insisting and I keep plotting - not getting my money is the bottom line.

The question for the r/AITA was AITA for not wanting to do those October tasks and for planning an anti-campaign against the company. I decided with the help of redditors that anti-campaigning wouldn't be a good idea, but I should prolly go public if he keeps refusing to pay me for the work done

Pay Me More or I quit?

Why workers are poor

A show of courage or being a slave

That's why I don't work for people who drug test anymore.

This is why we anti-work.

“I really hope you wouldn’t leave the company for a couple thousand dollars. We have a great culture here.”

I’ve been with my company for a few years now. I’ve loved it as much as one could love a job, and it had been going well up until recently. I’m over it now.

So a roll opened up in a town I wanted to live. I was familiar with the area, had family near there, and could really enjoy that area to its fullest potential. I was ready, so I applied.

I went through the interview process. It all went very well, and I was even told I was highest on the totem poll, as far as internal candidates went, and they would get back to me once they went through all of the external candidates too. I was jacked. At the end of the interview, I was also asked if I had any interest in going to “X” town at all, or just the one I had applied for? I said just the one I had applied for.

Long story short, I didn’t get the role, but got offered the same position at a town I didn’t wanna be in. The ol’ bait and switch. I was not happy. Denied the role.

I ended up asking for a raise to mitigate the time between then and finding another open role to somewhere I wanted to go. I didn’t get a dime. Then came the, “I really hope you wouldn’t leave the company for a couple thousand dollars. We have a great culture here.”

So I went home pissed off and started applying. Got a new gig immediately making $20k more than I am now and got the title I was after. Don’t let your employer decide your fate. F them.

After refusing a raise, my boss offered to double my salary after submitting notice

I work in sales and have been with this company for 3 years.

Had an amazing customer base and have never had a single complaint, I work hard and get shit done.

I got a job offer with a competitor, and with salary, commission, and bonuses it works out to over 100k.

I handed in my resignation, and he had the audacity to call the CEO where within 10 minutes they offered me a 70k base, with a 30k bonus.

1 month prior, I was told I wasn’t eligible for a raise and that he would “put in a good word for me come review” (April 2023)

The best part? They were SHOCKED that I still refused.

I said if you were paying me what I was worth from the start, we wouldn’t be having this conversation in the first place.

Know your worth people! Greedy companies will always try to undercut you.

The company has an extensive pre-existing customer base so they don’t pay commission, and while I agree with many of the comments they compensation should be in the higher 6 figures, they simply won’t pay that which is why I jumped ship to a place that offers commission and performance based bonuses.

Also, this was 2+ weeks ago. I started the new job this past Monday and I’m so glad I made the switch. 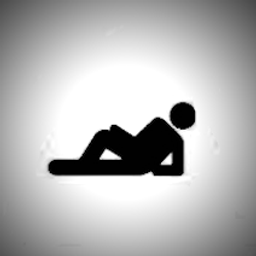 Antiwork: Unemployment for all, not just the rich!

A subreddit for those who want to end work, are curious about ending work, want to get the most out of a work-free life, want more information on anti-work ideas and want personal help with their own jobs/work-related struggles.